Screening at the 44th Annual Conference on D.C. History November 3, 2017

Philanthropist Julius Rosenwald, who headed Sears over 100 years ago, lived in Chicago but his generosity extended all over the United States, including to Washington, D.C.

In 1911, Rosenwald answered a request by President William Howard Taft to provide the final donation needed to finish the building of the African-American YMCA on 12th Street in D.C., known today as the Thurgood Marshall Center. Tonight’s screening features the bonus feature, “Building the 12th Street YMCA,” which is one of the 39 bonus features on the recently released Rosenwald DVD.

This bonus feature focuses on the construction of the 12th Street Y in Washington, D.C., thanks to fundraising in the African-American community and generous grants from the Rockefeller family and Julius Rosenwald, as well as the Y’s impact on the local community. Professors and students from Howard University, athletes, and artists frequented the 12th Street YMCA. They included poet Langston Hughes, basketball player and coach John Thompson, and musician Duke Ellington.

The Q&A after the screening will feature personal stories about the legacy of the 12th Street YMCA from Charlene Drew Jarvis, daughter of Dr. Charles Drew, and Norris Dodson, former board member of the Thurgood Marshall Center. Dr. Charles Drew and Norris Dodson both played basketball at the 12th Street YMCA as young men. Their stories speak specifically to the values the 12th Street YMCA imparted on the African-American community in Washington, D.C.
The other stirring bonus feature to be shown, “Dr. Charles Drew: His work saved thousands of lives,” focuses on the accomplished Dr. Charles Drew, a physician and medical researcher, who the Rosenwald Fund supported during his last year of medical school. His pioneering work on blood transfusions is still used today. Drew also fought segregationist policies in hospitals and the American Medical Association (AMA). Despite his many accomplishments, Dr. Drew was still subjected to the segregationist policies of the Jim Crow South.
His daughter, Dr. Charlene Drew Jarvis, former DC council woman, reminisces about her father.

Free Rosenwald Film Screening at University of District of Columbia

Washington, DC – November 7, 2017 – In honor of the 100th anniversary of the establishment of the Rosenwald Fund, the Ciesla Foundation, the University of the District of Columbia (UDC), and the Israeli Embassy will present a FREE screening and discussion of Aviva Kempner’s ROSENWALD on November 7th at 4:30pm. The screening at UDC’s David A. Clarke School of Law will be followed by a 7:00pm reception at the Israeli Embassy. This event also celebrates the Rosenwald two-disc DVD release, available for purchase November 7, 2017. The documentary focuses on Julius Rosenwald, a businessman and visionary whose “legacy of correcting society’s ills during the Jim Crow period is sadly pertinent today as America still needs to address racial inequalities in our society,” says award-winning filmmaker Kempner, also a graduate of the UDC David A. Clarke School of Law’s predecessor, the Antioch School of Law

Acknowledging Kempner’s contributions to social justice, Dean of UDC Law Katherine “Shelley” Broderick says, “UDC Law is now, as it was when Kempner attended it during its founding years, the nation’s law school most committed to training lawyers through the provision of legal services to low-income people.”

Dr. Drew Jarvis, whose father Dr. Charles Drew received a Rosenwald Fund grant and pioneered blood storage methods used by the American Red Cross, is also a member of the UDC Board of Trustees. She notes, “Julius Rosenwald recognized the enormous potential, strength of character and unparalleled talent existing in the African-American community. That’s why when Booker T. Washington asked, he gave his time and treasure to help build 5,000 schools for black children in the south.”

Dean Holley-Walker and Kempner will shed light on the legacy of Charles Hamilton Houston, whose film footage of Southern segregated schools supported legal arguments in desegregation cases, like the 1954 Brown vs. the Board of Education decision. This historical footage can be found in Rosenwald. Houston, who was a dean of Howard University School of Law from 1929-1935, was also a mentor to civil rights lawyer Thurgood Marshall and is known as the “man who killed Jim Crow.”

In the spirit of Rosenwald’s efforts to address systemic and social discrimination faced by African-American and Jewish communities, the Israeli Embassy will host a reception after the screening. The Israeli cultural attaché, Ms. Delphine Gamburg, initiated this partnership. “We need to continue the dialogue on the long-standing African-American and Jewish alliances. It is essential, particularly in the climate of tension as we know it today, to maintain and strengthen the ties between African- American and Jewish communities. More than ever, we must work hand in hand together for greater fraternity, solidarity and justice,” she said. 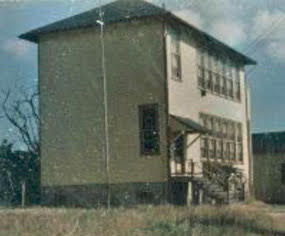 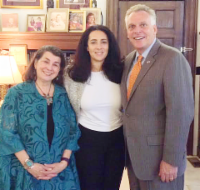 Last week Aviva Kempner travelled to the University of North Carolina Chapel Hill for a screening of Rosenwald and to deliver a talk on the film. Her remarks were an installment in the Sylvia and Irving Margolis Lecture on the Jewish Experience in the American South. The event was hosted by the Carolina Center for Jewish Studies, a sub department within UNC Chapel Hill that seeks to “unite the general public, students and faculty from various academic disciplines who share a common passion for a deeper understanding of Jewish history, culture and thought.” (CCJS Mission Statement)