October 16th 2017 marked the celebration of the 100th Anniversary of the Rosenwald Fund and the completion of the Rosenwald 2-disc DVD with 39 bonus features, a director’s commentary, and access to an online teaching guide. The event was held at the Eldavitch DC-JCC with contributors and supporters of the film in atendence

The Eldavitch DC-JCC’s theatre screened seven out of the 39 bonus features to be released on the Rosenwald DVD. The bonus features screened included “The Lynching of Leo Frank”, “Dr. Charles Drew”, “Rabbi Emil Hirsch leads Chicago Sinai Congregation”, “The 1919 Chicago Riots”, “Rosenwald and the NAACP”, “Rescued during WWII” and, “Langston Hughes.”

The discussions following each of the screenings allowed panelists to lend their expertise and personal experiences to these important stories. Ambassador Stuart E. Eizenstat spoke about his upbringing in Atlanta, where the story of Leo Frank was often discussed within the Jewish community, but the Holocaust was rarely mentioned. Eizenstat argued that the legacy of Leo Frank actually scared the Jewish community away from involving themselves in the fight for racial equality in the South. Lawyer Leslie Harris also grew up in Atlanta, but experienced a different reality in the Southern Jewish community. Harris, unlike Eizenstat, had not heard of Leo Frank’s legacy until much later in her life, and because of her personal encounters with anti-Semitism, she was inspired to become an ACLU lawyer. 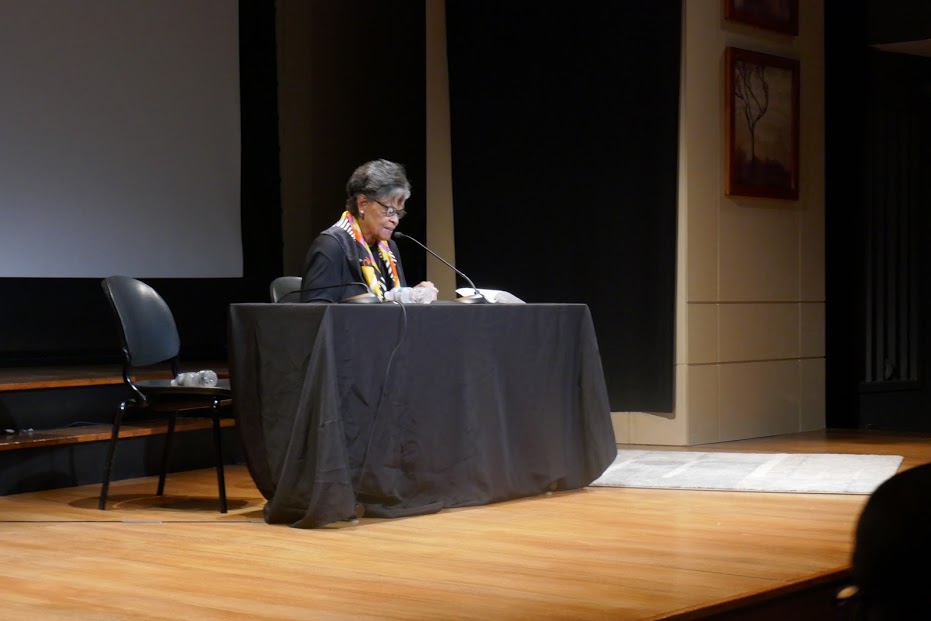 Dr. Charlene Drew Jarvis spoke about the impact of the Rosenwald Fund on her father, Dr. Charles Drew, and his work. Dr. Jarvis brought a letter written by her father, expressing his grief upon hearing the Rosenwald Fund no longer exists and wrote “It is very doubtful I could have continued my studies in Medicine in 1932-1933 if I had not received a Rosenwald Fellowship”. Dr. Jarvis spoke about her father’s adamant resistance to the widely believed notion that African Americans could not donate blood to aid wounded WWII soldiers.
Rabbi David Saperstein, described as “America’s most influential Rabbi”, spoke about the influence Rabbi Emil Hirsch had on Reform Judaism. Rabbi Saperstein, much like Julius Rosenwald, was inspired by Hirsch’s social awareness and attributed Hirsch’s work to the foundation of Jewish Reform ethics. Hirsch’s legendary sermons encouraged the Jewish community to help in the fight for social and racial justice.
Author Gary Krist and Chicago Tribune Columnist Clarence Page weighed in on the impact of the 1919 Chicago Riots. Krist spoke of his fascination with the way cities were formed during the early 20th century and the consequences the great migration had on racial tensions in Chicago. Krist explained that during the First World War, African Americans from the South were scouted to replace the drafted men in the work force and once the soldiers returned, racial tensions sored.
Page spoke about how a lot of underlying racial tensions are still present today since the riots. Page recalls that in 20th century America, both the North and South were uniformly racist, the only difference being the blatant signage of racism in the south.
Following the bonus feature on “Rosenwald and NAACP”, Rabbi Saperstein spoke about the Jewish Community as being an integral part of the fight for racial justice from the beginning. Saperstein mentioned that Jews felt that if they could be persecuted similarly to African Americans, then they were “in the fight together”. Clarence Page spoke about the remarkable relationship the African-American and Jewish communities have had historically and the inspiration it gave many African-American leaders, including Martin Luther King.

(Below) Stephanie Deutsch and David Stern 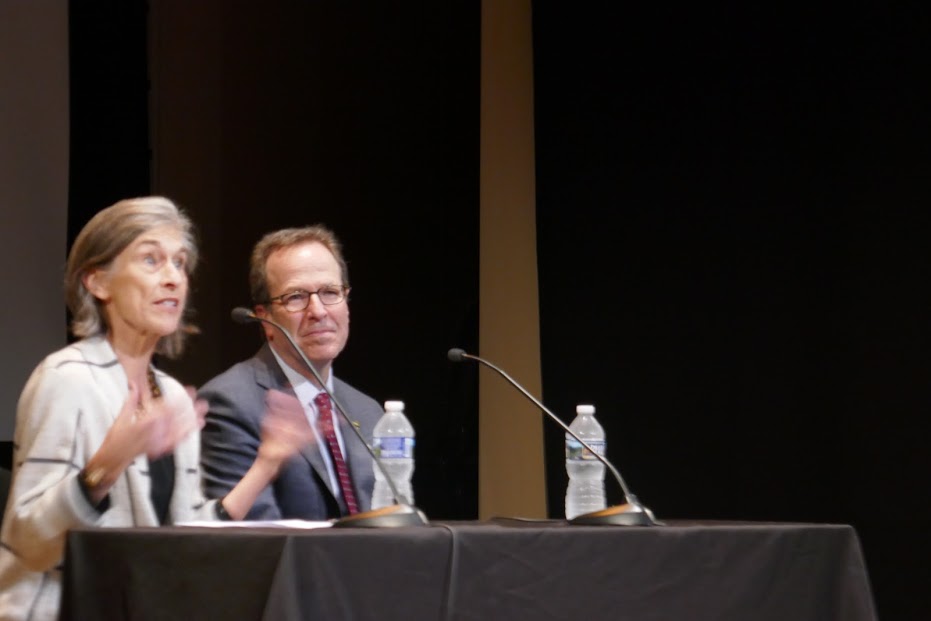 Author Stephanie Deutsch and great grandson of Julius Rosenwald David Stern spoke following the bonus feature on how the Rosenwald family helped rescue 300 family members from Nazi Germany. Stephanie Deutsch, married to David Deutsch, another great grandson of Julius Rosenwald, spoke on her experience at a recent family reunion. Deutsch recalled her disbelief at the amount of family members present that were decedents of the German family rescued during WWII.
David Stern, spoke about upholding his family’s legacy of philanthropy. Stern recalls even as a child listening into this parents’ discussions and debates over which causes were best to place their donations towards. Currently executive director of Equal Justice Works, David Stern has dedicated his life towards mobilizing the next generation of lawyers committed to equal justice.
Mr. Ethlebert Miller, a poet and activist, concluded the night after the showing of the bonus feature on Langston Hughes. Mr. Miller spoke about the impact of the Rosenwald Fund on Langston Hughes and highlighted how Hughes’s work inspired the African-American community to embrace their own beauty and ingenuity in the face of their oppression.
Overall, the night was a tremendous success and served as a dedicated thank you to all the supporters and contributors who made the film possible as well introducing audiences to the upcoming bonus features. The Ciesla Foundation is planning many more events of this nature all over the country to celebrate the release of the DVD and to continue to educate the public on the important issues raised in the film.