Crowd remembers Julian Bond as a champion for generations of activists

A memorial was held for the civil rights activist Julian Bond on Tuesday, October 6th in Washington, DC. The Lincoln Theatre was packed with those who came to pay their respects to this great intellectual and civil rights leader, reports Washington Post reporter, Hamil Harris. Director Aviva Kempner attended the moving memorial and mourned both a friend, and the man who inspired inspired the making of the Rosenwald film, served as a consultant, and was interviewed for the film. His life’s work should compel us to keep on fighting for justice in America.

On October 3rd, Aviva set out to New Mexico for the Santa Fe Jewish Film Festival. New Mexico is not unfamiliar territory for Aviva. She once lived there when working with VISTA as a volunteer.

The SOLD OUT screening of Rosenwald commenced on October 3rd and was followed by a discussion with Aviva. As an added bonus, Aviva returned the next day for a screening of her previous film, The Life and Times of Hank Greenberg.

Rivka Schiller, a Yiddish translater and Chicago native, was asked to help provide research for the film, Rosenwald, last spring. On her blog, she writes about the information she uncovered while researching Julius Rosenwald. An interesting and informative read- we highly recommend you read it for yourself!

Oct. 1st – Eager students discuss film on the day before it opens in Florida 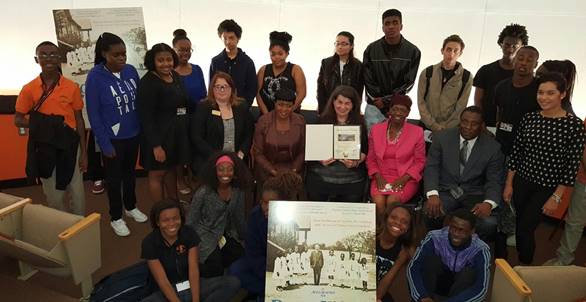 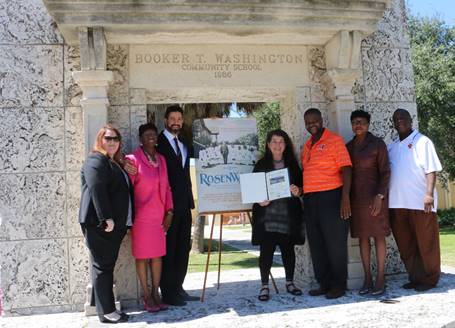 To celebrate the October 2nd theatrical release of the new film, ROSENWALD, the Historic Booker T. Washington Senior High School in Miami, Florida, hosted a student meet and greet with the film’s director, Aviva Kempner, the NAACP Miami President, Dr. Shirley Johnson, City Commissioner Audrey Edmonson, Pastor Williams, and Rabbi Labowitz. The event was initiated as a way to bridge the gap of diversity and bring awareness to the students about how philanthropist Julius Rosenwald was influenced by the writings of educator Booker T. Washington, the schools namesake. The students were able to participate in a discussion from very important community leaders as they talked about the themes in the film such as the meaning of charity, the importance of education, social responsibility, and how Rosenwald’s efforts helped educate many prominent African American figures such as Tony Award winning playwright George Wolfe, poet Maya Angelou, U.S. Representative John Lewis, Anita Hill and Pulitzer Prize winner Eugene Robinson.

The students were encouraged to dream big and take part in making a change within their community in the same spirit of Julius Rosenwald. The County Commissioner Sally Heyman’s office presented Aviva Kempner with a Distinguished Visitor Certificate of Appreciation for bringing this important film to South Florida. The students in attendance will be going as a school sponsored field trip to watch the film once it opens at the AMC Aventura 24 Theater.

Julius Rosenwald’s work was not only appreciated by the communities he touched, but inspired those communities, and many others outside of it, to get involved with the improvement of education in rural African Americans in Jim Crow South. The L1 Gallery of Atlanta, Georgia will be showcasing the photography of Dr. Horace Mann Bond (father of the late Julian Bond). Horace Mann Bond was an amateur photographer, who was able to capture Rosenwald’s work first hand in the South. You can see the exhibit through the month of October 2015 at the L1 Gallery in Atlanta, GA at 828 Ralph McGill Blvd Ste.1. Click here for more information.